What Is A Bomber Jacket?

Home / Blog / What Is A Bomber Jacket?

What Is A Bomber Jacket?

Everything You Need To Know About Bomber Jackets – Detailed Guide

When it comes to fashion, a bomber jacket is one essential everyone knows about and fancies. It’s a spring staple that is part of both men’s cupboards and womenswear.

The versatile, functional, and timelessly stylish nature of bomber jackets is what makes them everyone’s favorite. In fact, a bomber jacket owned by your dad, which is still in good condition, can be flaunted by you as well. That is how classic it is.

In this blog post, we’ll talk about everything related to bomber jackets from what one is to its history, different types, styling, and more.

What is a bomber jacket?

A bomber jacket is a piece of outerwear which has a flat, wraparound collar and fitted waist and cuffs. Such a jacket typically has pockets on both sides as well and zip closure.

Apart from leather, bomber jackets are available in other materials as well including nylon, polyester, and cotton. These jackets are perfect for all seasons depending on how you style them and which fabric you go for.

You might be wondering – what earned the bomber jacket its name? You see, this type of a jacket came into existence in the 1920’s when flight pilots wore it to stay protected from natural elements, such as rain and the wind, as cockpits in planes were uncovered.

Since pilots who wore them threw bombs from their planes, the jacket was soon called bomber’s jacket or bomber jacket. In short, the military nature of the bomber jacket gave it its name.

History of the bomber jacket

The bomber jacket is among the few clothing items that have always been considered stylish. Time didn’t erase it out of the fashion scene and neither did it bring too many changes to the original version. Interestingly, the bomber jacket has a rich history.

The first time, bomber jackets came into being was during World War 1. Before bomber jackets, pilots wore shearling coats, but those were quite an impractical choice. Bomber jackets replaced them due to their short length which allowed for better movement.

The bomber jacket was given cinched sleeves to prevent air from entering inward and deep pockets for keeping important aviation-related items handy. As mentioned above, open cockpits were the reason a warm jacket was required by pilots. Bomber jackets were also aptly durable along with being a practical choice overall.

As time went by, more and more variations of the bomber jacket were created. During World War 2, type B3 was created with alterations more suitable for faster jets that flew at higher altitudes.

Not much later, in the 1960’s, the bomber jacket became a fashion icon part of different cultures and civilizations throughout the world. This happened when bomber jackets were sold to Australia and Europe for commercial use.

Throughout the 20th century then, the bomber jacket maintained an uber popular status as different fashion and cultural movements adopted it.

Who made the original bomber jacket?

The first kinds of bomber jackets were created and sold by Dobbs Industries. They were a part of the US Army and Navy uniform. Later, Alpha Industries started manufacturing and selling these jackets which is what lead to the successful penetration of the bomber jacket into fashion.

It wasn’t much later that designers such as Raf Simons started creating their bomber jackets. By the close of the 20th century, bomber jackets had become quite a hyped and favorite fashion item. Yet, when Kanye West started being snapped in one, even Alpha Industries had to admit there was a huge boost in sales. Though initially a menswear item, today the bomber jacket is unisex.

So many names for the same thing or is that all four of these are different? While essentially the same thing with different names used interchangeably, there can be slight differences in a bomber, aviator, pilot, and flight jacket.

The difference is mainly in the model of these jackets. This means there is often a slight difference in the designs of all four since styles of the same thing arrived in different years. For instance, the flight jacket is an earlier edition of the bomber jacket which had several pockets.

Though initially the bomber jacket appeared in leather, over time it has been created in many different fabrics. Let’s take a look at some hit bomber jacket materials:

Here’s another comfortably warm bomber jacket. Fleece is a manmade fabric constructed from a type of polyester. A fleece bomber jacket can evaporate moisture and block out humidity plus is lightweight as well.

Quite expensive, suede is a high-quality material which also requires a lot of care. Typically, it comes in neutral tones but is available in other colors as well. If you want to look more ‘dressed up’ then a bomber jacket in suede should be your pick.

Leather is another premium material that bomber jackets come in. You can go for either faux leather or authentic leather. You can also find bomber jackets that are a blend of both suede and leather materials. Here are some types of leathers in which leather bomber jackets are available:

There are many different styles of modern bomber jackets which have been introduced throughout the years. Based on slight changes in styles, here are some types of bomber jackets:

Bomber jackets are typically short, but a cropped bomber jacket is one that is shorter. It either ends mid-waist or in case of womenswear, just below the bust.

While the usual bomber jacket makes you appear slightly bulky around the shoulders, the material of a slim fit bomber jacket is such that it has a slimming effect.

Unlike the common bomber jacket, one in baggy style doesn’t snugly fit on your shoulders. The arms and width of the jacket are wider in a baggy bomber jacket.

Bomber jackets originally have zippers but modern versions with snap buttons are also an option that you can go for.

This jacket formed a base for all upcoming models. The A2 flight jacket model was reserved for the elite aircrew and then came more models. All models had slight changes in design made for functionality-related reasons. Here’s a quick look at some models and their timeline:

How to wear a bomber jacket?

A bomber jacket can be styled in many different ways. Here’s a look at how you can rock a bomber jacket when traveling, going to a formal event or just casually hanging out with family, friends or by yourself:

Bomber jackets are worn by people of all classes. If you’re going for a casual look, pair your pilot jacket with sneakers, jeans, and a round-neck shirt. You can also go for fitted track pants, sweatshirt, and joggers with your bomber jacket for a casual look.

You might have thought that a bomber jacket has no space in formal wear. But this is not the case. You can wear a suede bomber jacket or a leather one with chinos or trousers plus a button shirt and loafers or derby shoes.

A bomber jacket can also be your partner when traveling. You can style it in multiple ways. The most common and effortless way to style it is by wearing it with a pair of jeans. Opt for a plain t-shirt underneath and sneakers as your go-to shoes. The aim should be to make sure your overall outfit is comfortable yet stylish.

Pro tip: Try to keep your look classic. Avoid a bomber jacket that has too many zippers or snaps. Go for a clean and minimal style and pair it up with other minimal and classic items.

How should a bomber jacket fit?

In the past, bomber jackets were somewhat loose. However, now bomber jackets have more of a slimming effect. There should only be enough space for one clothing item underneath. Go for one that has a length which ends where your lower’s waistband starts.

The sleeves should end at your wrist bone. The arms should fit too, and the jacket should sit snugly on your shoulders. You can also get a custom bomber jacket specifically tailored to fit you and match your preferences.

A bomber jacket is a versatile piece of outerwear that can be worn in both formal and informal settings. Also known as a flight or pilot jacket, this jacket has a rich history. It was made for entirely practical reasons to protect the aircrew from elements exposed due to open cockpits. Soon, bomber jackets became a part of fashion and culture. Today, they’re used widely and are a timeless staple. 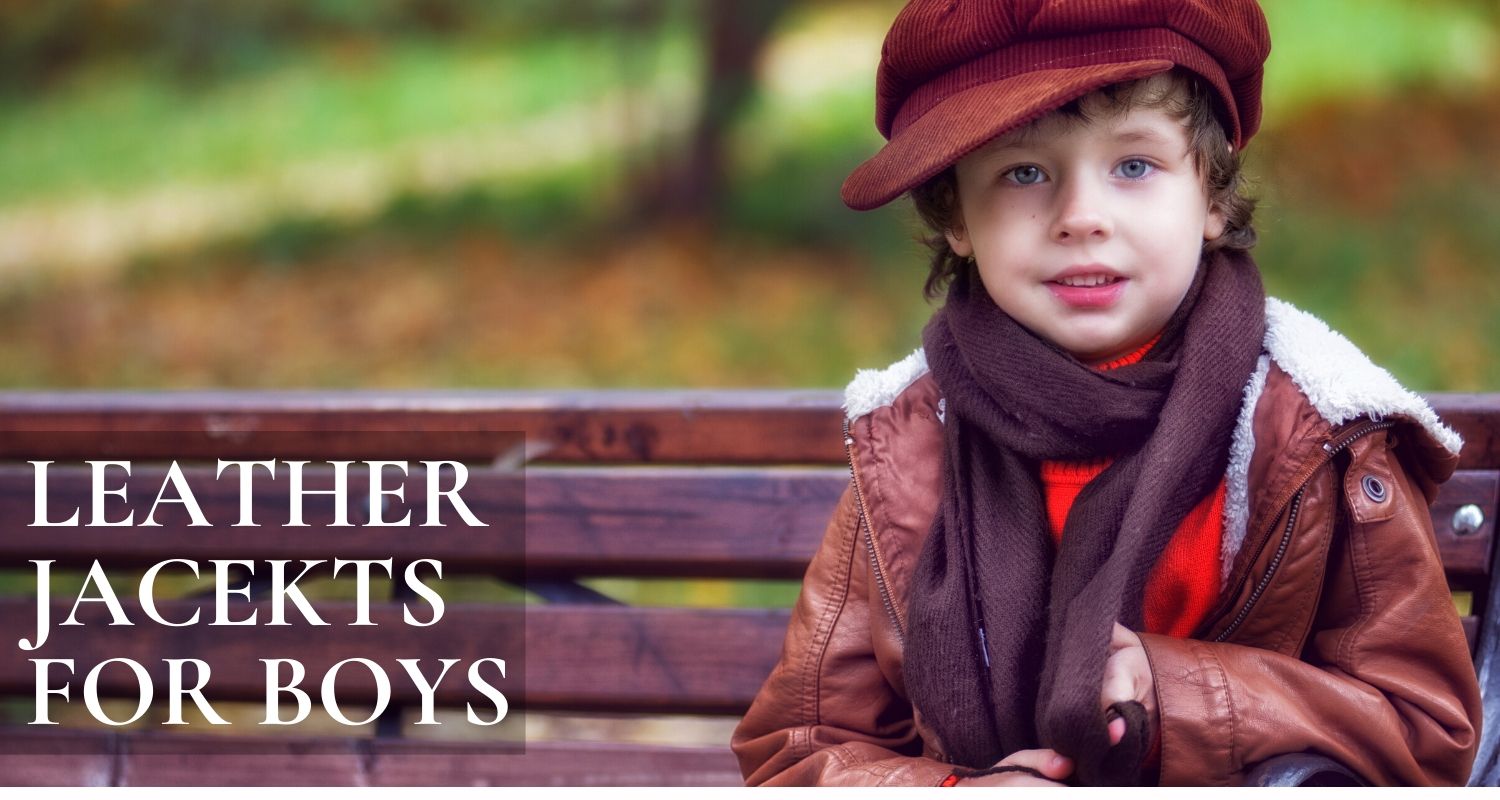 Full of youth and fun, boys love to style themselves in the best way possible. They are choosy 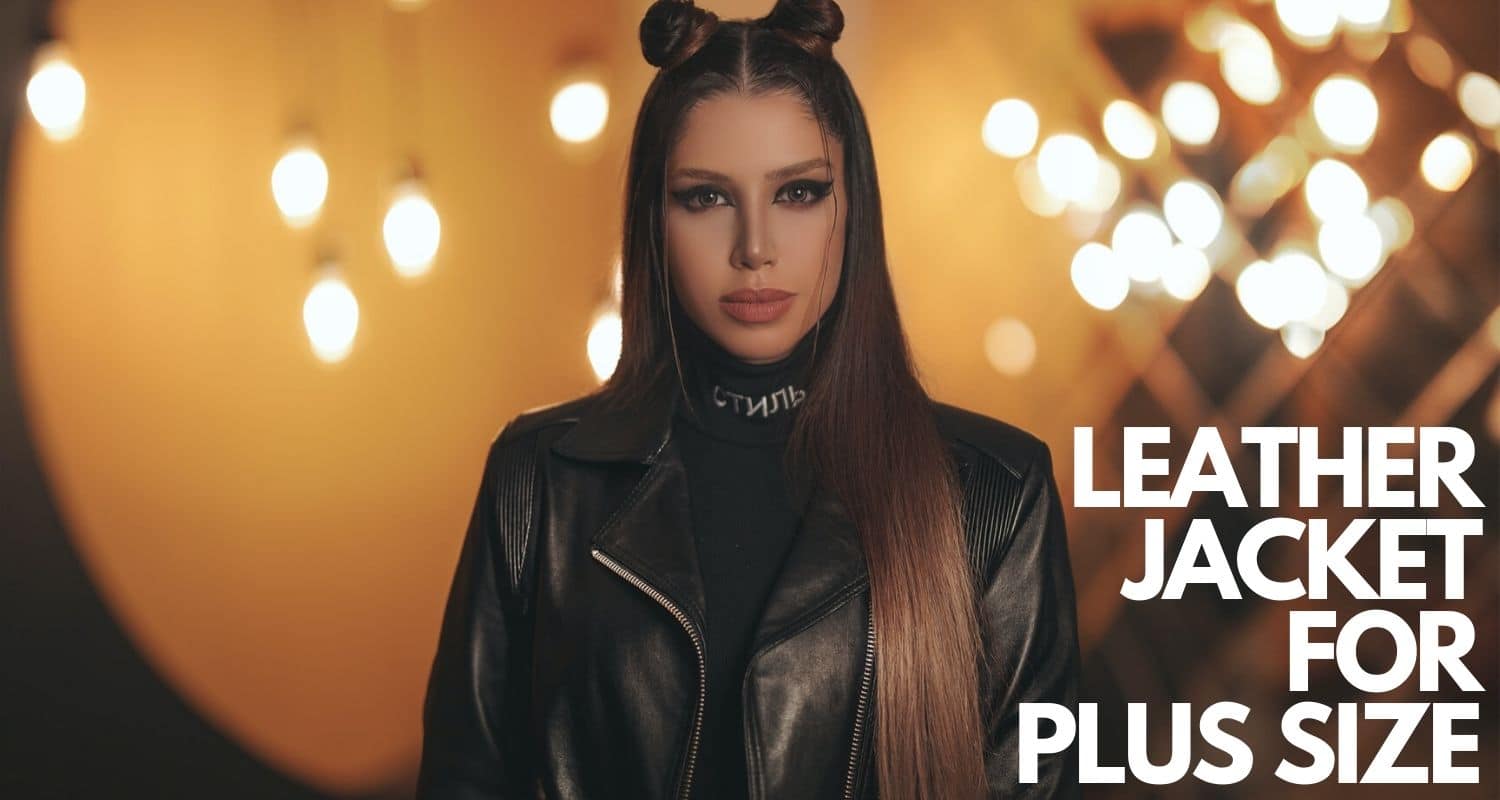 There is no surprise that girls prefer wearing leather jackets over sweaters, especially in cold weathers. There’s just 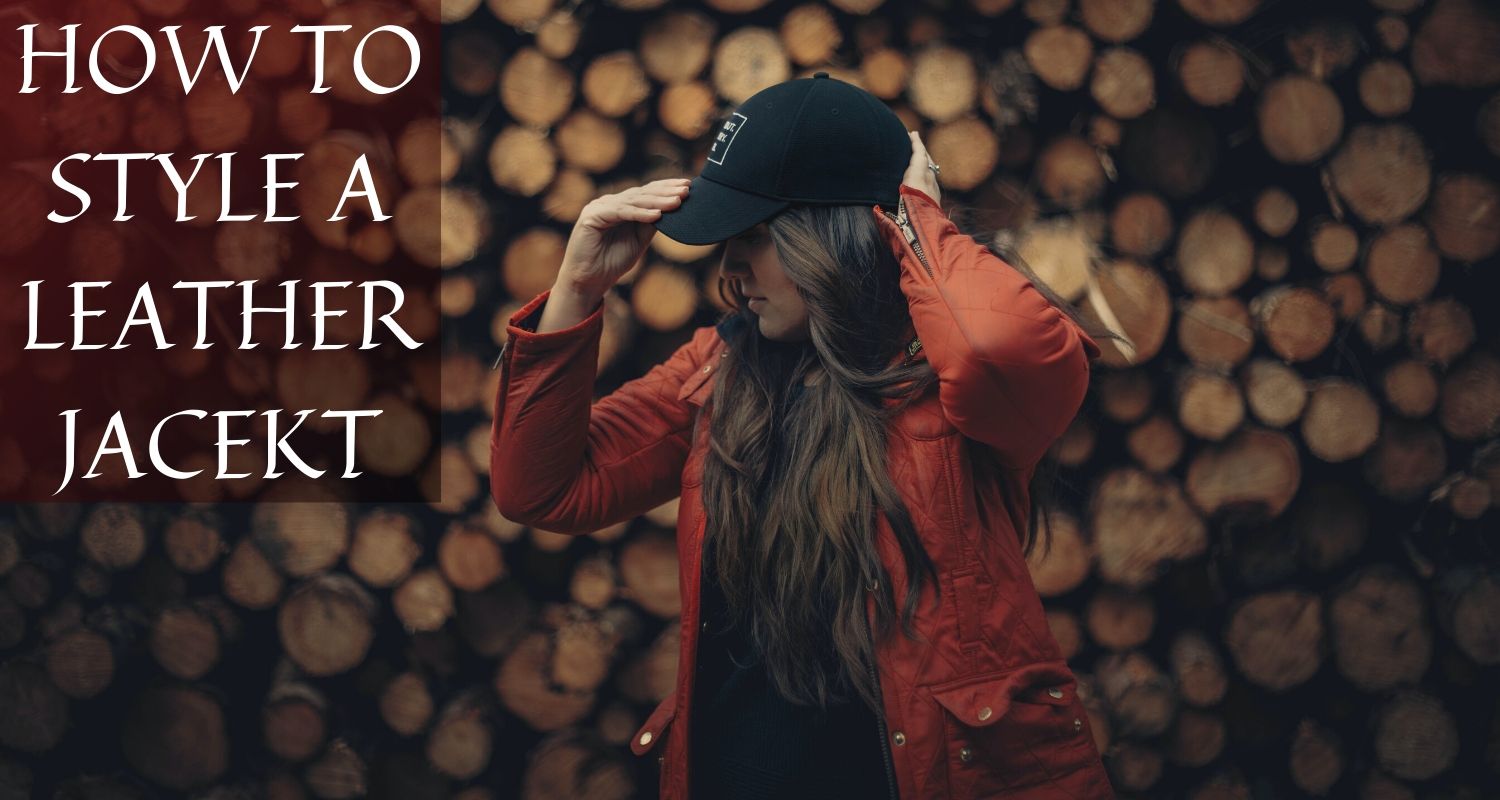 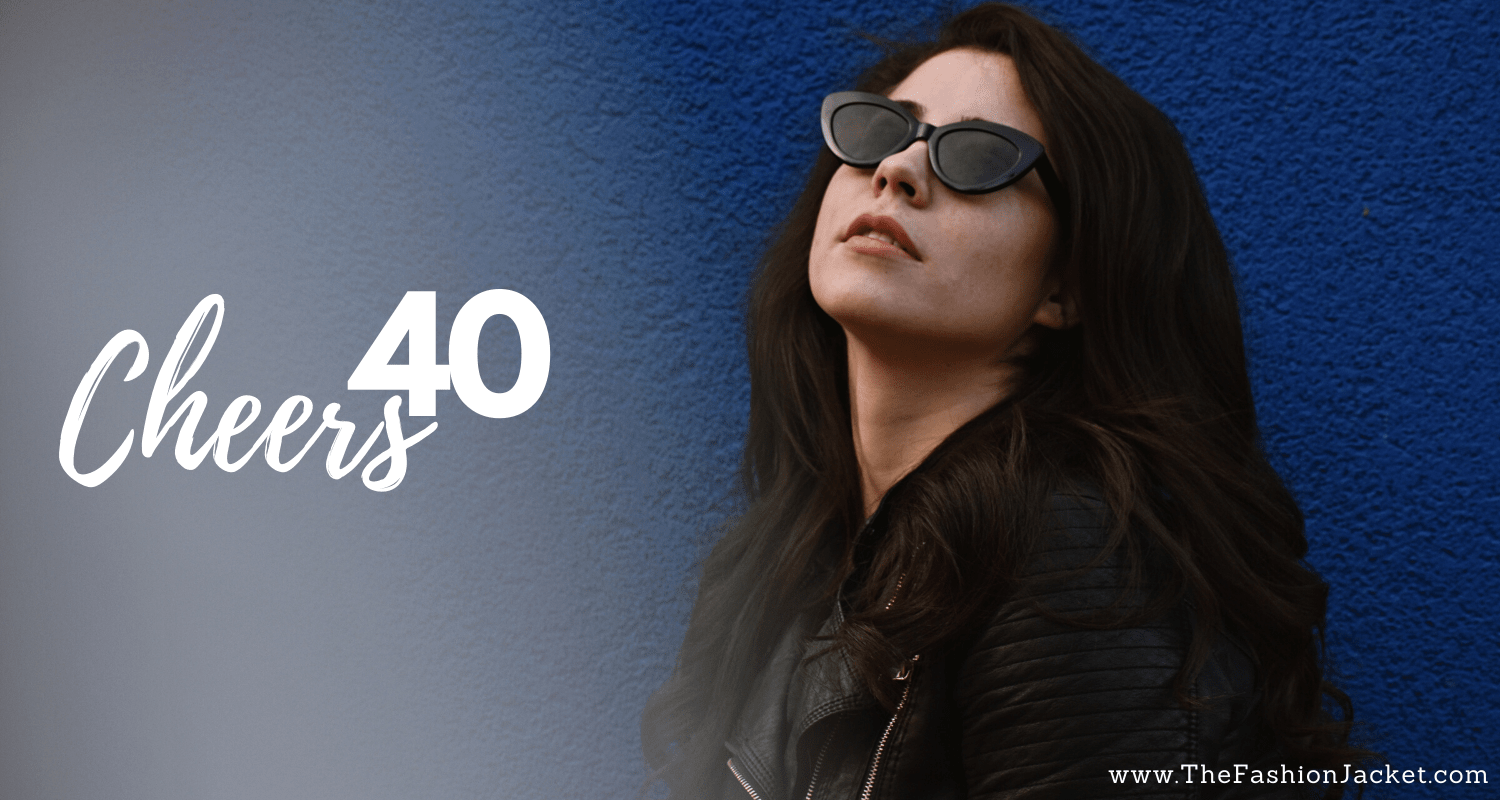 You have definitely heard that a leather jacket goes with absolutely every piece of clothing possible, be it 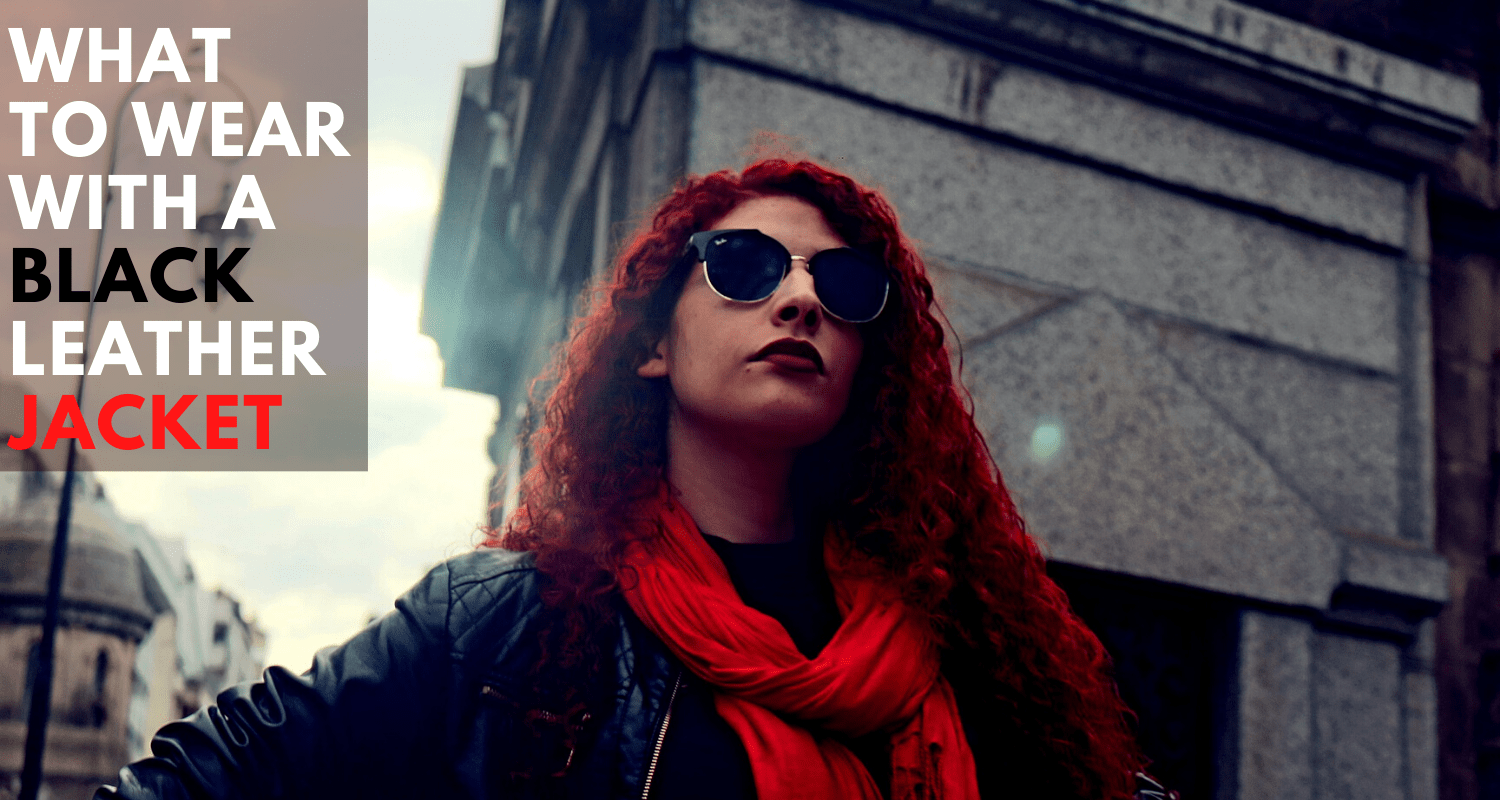 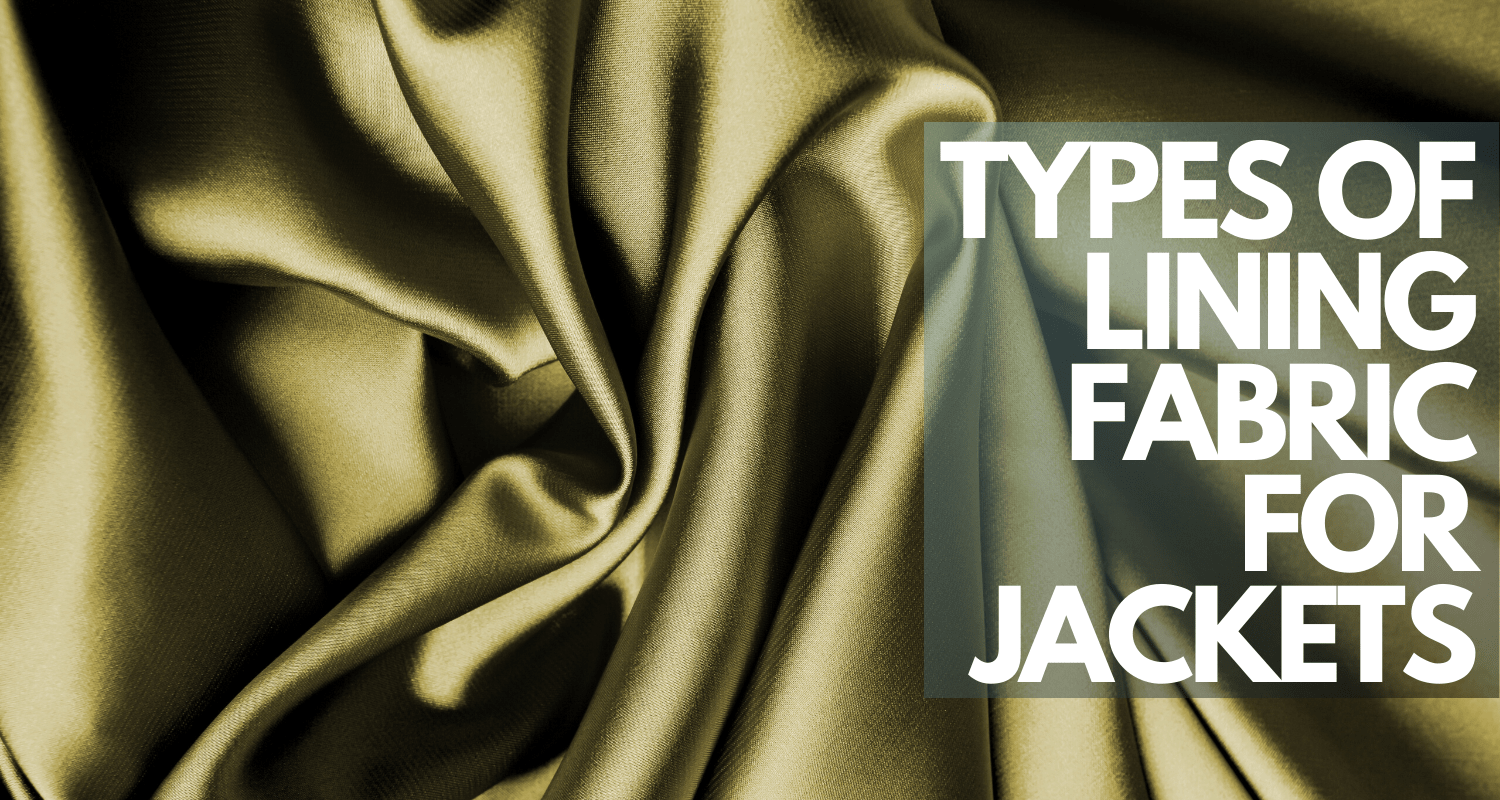 The rough and sturdy lather jackets are incomplete without a delicate layer of inner lining material. Unlike the

No products in the cart.